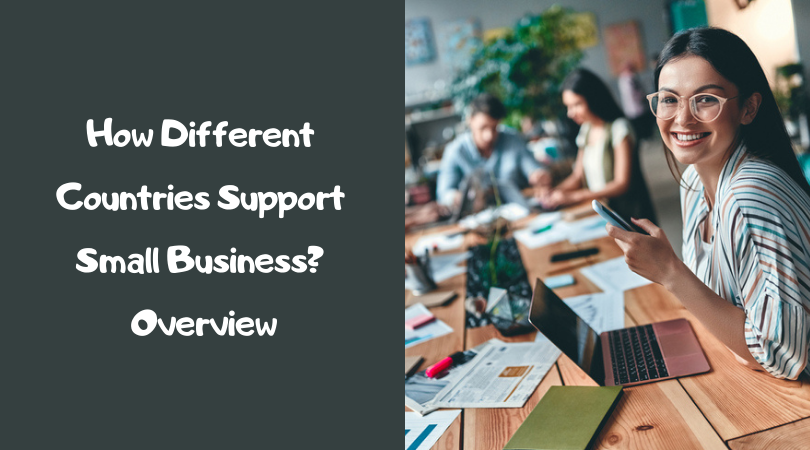 SBA programs in the USA

In the United States, a $350 billion loan program through the Small Business Administration (SBA) was launched. Companies with a staff of up to 500 people inclusive can issue a loan of up to $ 10 million at 1%; the money can be spent on salaries, rent, utilities. If the company does not fire employees, the loan amount spent on such priority expenses for 8 weeks in the period from March 1 to June 30 will be forgiven – both the body of the debt and interest.

However, the influx of those wishing to receive funds in the early days was so large, and the measures to ensure the functioning of the program were so unprepared that it provoked numerous complaints from both businesses and banks. The latter complained that the Ministry of Finance and the SBA did not explain many details, including loans, did not provide forms for filling out applications for the new program, and the form available on the SBA website contained many fields that it was unclear how to fill in (besides manually), and the site was constantly hanging. Many banks were not ready to accept and process applications immediately.

So, JPMorgan Chase began to do this only on Monday morning and quickly suspended the portal until 17.00 due to technical problems. Citigroup had not started accepting applications by Tuesday. Although Bank of America earned money under the program on Friday, having assigned 3,000 employees to it, it gave priority to existing customers with loans, followed by customers receiving other bank services, and only then it promised to consider applications from the outside. This caused a wave of indignation among entrepreneurs and legislators.

The latter are already preparing to accept an additional package of assistance to small business – another $250 billion by the end of this week, according to The Wall Street Journal (WSJ), and include in it a requirement for equal treatment of those applying for loans.

As of Tuesday, the SBA has registered requests for 220,000 loans worth about $66 billion, the WSJ cited data from a letter to congress from the presidential administration, which asks to increase funding for the program.

Difficulties with the issuance of loans are related, among other things, with the concerns of banks. They have to lend to small business out of their funds, and then ask the SBA to reimburse them within 7 weeks. If the borrowers fulfill the terms of the loan and spend the money on the needs provided for by them, the SBA will reimburse the bank in full.

If the money is used for other purposes, the borrowers themselves will pay off the banks within 2 years. Many may not survive: according to a survey of 500 small businesses published last Friday by the US Chamber of Commerce and the insurer MetLife, about a quarter of them have closed, another 40% may at least temporarily suspend work in the next two weeks.

The country’s authorities, together with banks, have prepared a program of assistance to small business in 4 days. 121 banks participate in it, more than 15 billion francs ($15 billion) were issued to more than 76,000 companies in the first week of operation.

A package of anti-crisis loans to small businesses worth 20 billion francs was presented on March 25. Last Friday, Bern announced that it would increase its size to 40 billion francs.

The program consists of two items:

Four packages of measures that should help companies and employees survive the crisis are estimated at 60 billion pounds ($75 billion). Plus state guarantees on loans for 330 billion pounds, which is equivalent to 15% of GDP.

An employer can apply for a government grant that will cover 80% of the salary of temporarily unemployed employees – up to 2,500 pounds ($2,915) per month. However, these payments will begin towards the end of April, and the launch of a similar program for payments to the self-employed is planned in early June (they will also be able to receive 80% of earnings, which will be calculated as the average for the last three years). Experts point out that these measures are being implemented too slowly, given the rapid growth of unemployment.

Small business companies can also participate in the state program of lending to companies whose activities were forcibly suspended. By April 2, the Ministry of Finance had received 130,000 applications, but approved, according to its data, only 983. However, on April 3, Finance Minister Rishi Sunak said that the companies had already received 3.5 billion pounds ($4.3 billion).

The problem arose with the fact that some banks require entrepreneurs to provide personal guarantees or collateral. The loan is issued in the amount of 25,000 to 5 million pounds, the state guarantees the bank a refund of 80% if the borrower is unable to pay. But “creditors may require collateral,” UK Finance (formerly the British Banking Association) points out. Barclays warned customers that it would require personal guarantees to access the state loan program.

Paris has budgeted more than 45 billion euros to help businesses, both small and large, and promised state guarantees on loans for 300 billion euros. According to the Ministry of Finance, 40,000 companies asked for loans of 7 billion euros, or 130,000 per firm on average. At the same time, Finance Minister Bruno Le Maire said that assistance to companies paying dividends will be cut or not provided at all.

The government also promises to pay employees 84% of their salaries if they are not fired by their employer. As of the beginning of April, about 400,000 companies have applied for assistance for 4 million employees, which is 20% of the workforce employed in the private sector.

The payment of taxes and social contributions for all companies will be postponed, and for small enterprises – utility payments. The government has also created a “solidarity fund” to which private companies can contribute funds to help the self-employed and small business owners.

The KfW State Development Bank and the newly created anti-crisis fund became business support centers. The first guarantees bank loans totaling 500 billion euros ($544 billion); you can get general information on its website, but loans are issued by banks. The Fund can guarantee loans for 400 billion euros, issue grants for 100 billion euros and directly provide up to 100 billion euros for capital replenishment. But it was still impossible to get information about the fund’s support measures online at the beginning of April.

In addition, according to the agency, banks are slow to work with applications from businesses, fearing risks, despite the fact that state guarantees cover up to 90% of the loss on loans (the rate on them is 1%).

The Kurzarbeit Employee Support program applies to companies that may have 10% of employees under threat of dismissal; people with temporary jobs can also receive payments. The government compensates 60-67% of salaries. It expects that about 2.35 million people will receive assistance, the size of the program will exceed 10 billion euros.

The total amount of anti-crisis measures is estimated at about 1 trillion euros ($1.09 billion), the government gives an “unlimited promise” to help both small businesses and very large companies.